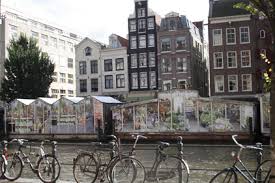 This proposed class action was commenced on August 2, 2006 and amended on March 6, 2007. It is brought on behalf of a class of individuals against BMO Nesbitt Burns Inc., BMO Trust Company, BMO Bank of Montreal and BMO Investorline inc. in respect of foreign exchange transactions in RRSP, RRIF and RESP accounts.

The proposed class includes all present and former clients of the defendants who held or hold RRSP(s), RRIF(s) or RESP(s) and who, since June 14, 2001, have incurred foreign currency conversion charges in these accounts.

The claim alleges that the defendants have systematically converted foreign currency in these accounts to Canadian currency without instructions from the customers, and without there being any need to do so, based upon revisions to the Income Tax Act which came into effect on June 14, 2001. Also, in effecting all currency conversions, the defendants levy an undisclosed conversion fee in addition to the amount that they actually pay to buy or sell currency. The claim alleges that the defendants failed to change their operational practices after the June 14, 2001 change to the Income Tax Act which allows RRSPs, RRIFs and RESPs to hold foreign currency as an investment, and further alleges that the reason for the defendants’ failure to effect a change was so that they could continue to earn profits from the foreign exchange fees, at the expense of the class members.

The claim seeks damages for all the fees charged in association with the unauthorized conversion of foreign currency to Canadian funds during the claim period. It also seeks repayment of all the hidden foreign exchange fees levied by the defendants on transactions where the customer did authorize a conversion of funds from Canadian to a foreign currency; but had no notice and did not agree to payment of the hidden fee. Each time a foreign exchange fee is charged by the defendants it depletes the funds in the customer’s retirement or education fund.